"We've finally reached Egypt. It was a long time coming... But it's too early to relax your guard. Dio has minions even in a village like this. I sense 2 assassins... One, a man who has been passionately chasing your group for a long time, but now, he intends to send you to oblivion if it's the last thing he does. Be careful. The other might be located more easily if you're with Joseph. You should try asking the villagers if they've seen anyone suspicious." -Steel's progress report

There's a fortuneteller in the bar who claims to be able to tell the future for 300G. You can bring each character here for a short event and +1FP (+3FP for Abdul).
In certain versions of the game, you can also ask the fortune teller to tell your own fortune for 600G. FP will not be affected, but the outcome of the event will change depending on the character you have the highest FP with, your Bad Karma, and if you have a Sickly protagonist.

If you are on the Josuke route the dialogue spoken after Joseph's prediction is made will be different.

Requirements: Talk to Polnareff with Jotaro in the party, or vice-versa

Follow the above requirements, and you'll get a short conversation where Polnareff talks about Jotaro's 'cigarette trick'. Afterwards, you'll get +1FP with whichever member was in your party.

Note: The events that normally occur when you sleep in the hotel with a party member will not trigger in the Fishing Village.

When sleeping in the inn here, a battle with Fireflies x3 will occur. This battle cannot be escaped.

Requirements: Joseph is in the party

You'll notice that there are 4 other patrons sleeping in the spare beds in the inn. First, talk to the Villager southeast of the map, then talk to the Fisherman northeast of the map and finally, talk to the Man inside the diner. As you talk to the NPCs around town or stay in the inn, that number will gradually decrease until only 1 remains. When this happens, bring Joseph with you and check the TV in the inn to start a battle with Faith, the user of Fireflies. After 1 turn passes, Jotaro will also join your party. After the battle, you'll gain +1FP with Joseph and Jotaro, and occasionally, you'll receive a Badge of Honor. In addition, the Fireflies in town will disappear, and you will no longer be attacked when resting in the inn.
If the player's Stand is Adam Ant, there will be extra dialogue during the fight with Faith.

Talk to the girl sitting at the bar, and you'll notice something strange about her style of speaking. Afterwards, you'll be forced into a battle in a desert outside town. If you have Pharoah Sanders with Divine Thunder learned (If you fight Joey at level 40 or greater you learn it automatically), you'll get an extra cutscene before the battle, you also can't get this event on the Submarine Route, as Varanasi is skipped. Winning the battle will grant 1 FP with your current party member. 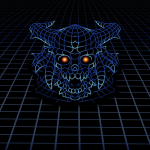 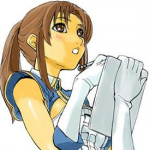 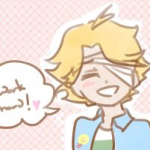